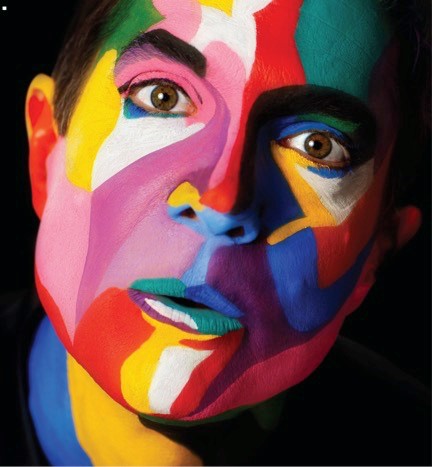 Middle School Samadhi, Guns and Gold in Palo Alto, and Putting his Spirit Animals to Work: My Conversation with the Willie Wonka of Table Top Gaming

In the 4th and 5th Episode of Packing for Crazy Town, I find Andy “Roo” Forrest, my first boss out of college, vocalist for the underground Bay Area improv band, “Chained Down Cheese,” and co-founder of the hottest board game design company on the planet.

Palo Alto, 1986. I had just graduated from Stanford with a degree in Political Science with 1 credit to spare and,like many of my fellow Political Science grads, I gravitated towards the food service industry.  I found myself at Pearl’s Oyster Bar, tucked away on Ramona street, where my new boss encouraged us to drink on the job and get overly familiar with the customers. I thought I was just getting a paycheck, but I found a lifelong playmate, band mate, and mentor.

The Wall Street Journal called the  interactive play pen/nightclub ENTROS  that he and his partner, Stephen Brown founded in Seattle in the 90’s: “The Future of Entertainment.” Like most mid 90’s prognostications, they were totally wrong, but unless you were across town discovering Nirvana, it was the most fun you could have with your clothes on in those days. Andy is a songwriter, a taiji practitioner, and a serial entrepreneur. He was all of 23 when he hatched Pearl’s Oyster Bar in his home town.

Now, Forrest Pruzan Creative, the board game design company he started with Alan Pruzan spawns 50 games a year, invented most of the early Cranium games, and is responsible for many of the games on the shelves at Target, Wal-Mart, and your favorite game store.

Over the course of Two Podcasts, we go deep like this:

Andy’s highest self takes our call,  and we get into that time in 7th Grade where he had a drug-induced speed date with God to mixed results until a chance meeting with one of my sorority (wait, I can explain!) sisters in a pool in Phoenix.   I find his Spirit Animals (hint – one of them is extinct,) and we spin them into a Saturday morning cartoon.  I dish on his whiteboard content, we agree to disagree about Bob Dylan, find out what’s in his Go Bag for Crazy town, get a download on the genius of PRACTICING NEGATIVE CAPABILITY IN UNCERTAIN TIMES, and get to the bottom of whether or not he has a factory in China and if he did, would it have a net around the roof, and WTF re: his musical about Over Population and Consumption. Andy relays how being the descendant of Holocaust Survivors prepared him for Crazy Town (super charged Winnebago’s, Guns, Gold in the walls of his Grandfather’s booby-trapped Palo Alto Home)  and how to stay out of the national crazy by focusing on doing good work.  We ruminate on canoeing with Donald Trump, Jesus as a Toddler, how I/Sarah can’t get out of bed in the morning without KNOWING that there is a squad of unseen beings, pom poms in hand, ready to go go go, and how all the cool kids are using pendulums and co-parenting, the proper salutations to conclude a passive aggressive email to Catholic School Teachers, how to BE LOVE, no nonsense prayer, and good parenting advice on how to raise children who can cry if they need to.  He’s also not really aging so much, so – we touch on his regimen.

Andy is the first boy/man/but–more-Alien-than-Dude-or-Bro guest, and coincidentally(?) the first person to cry(!) on the podcast which he (fairly) claims “was just a matter of time.”

I think this conversation, above all, will remind you about those friends that you have in your life that maybe you don’t see very often, but when you do – it’s a soul connection of love and respect run through a $h!t flipping machine nestled in a holy web.*

Find out more about Andy here!

and more about Forrest-Pruzan here:)