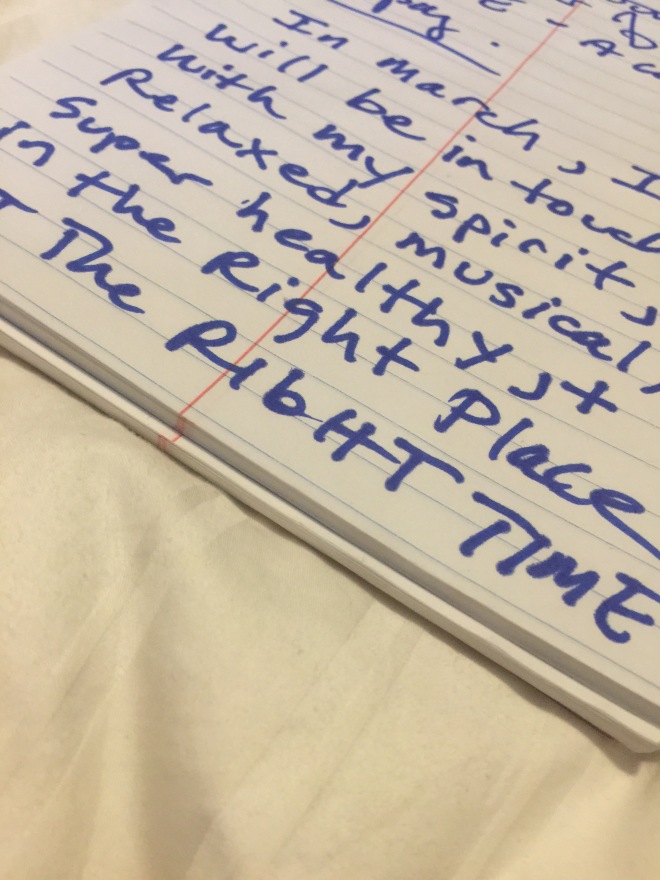 The moment of radical change is rarely pretty.  It’s a dawning that brings with it every kind of feeling, a nutribullet whir of birth, dreams, fears, and death. Established reality recedes with the realization that you have to let go or be let go, that this is it, it’s happening, the ground is moving, the fire is gaining, all the signs point to there being no choice but to trust that it’s meant to be and take that leap of faith.  Hopefully you’ve been building up that muscle over the last year or ninety years, and you have your go bag packed, or at least have taken it down from the hall closet shelf, and are starting to make a list of everything that helps you live.  I’m not so sure it’s packing for crazy town as much as it’s packing and leaving crazy town, from the inside.

What doesn’t fit any longer?  Are your conversations too small? Is it really as simple as writing it down?  If you can avoid sticking your head in the sand this month, survey says you will be rewarded.

For me, the end of February and the beginning of March was a beautifully brutal and definitive time, and this has been echoed by friends not to mention what is unfolding around the planet.

I’ve been saying for so long that you used to be able to run and hide, and then you could at least run or hide, but now, it’s like every day, the only way through this is through this.  It’s DANG UNCOMFORTABLE SOMETIMES!!!

More than one person confirmed that on March 1, the day of the full moon, people were ANGRY! It sucked and it was perfect. Still and all there were – in my case – tears and a little bit of fear as well.

After my version of a seismic wake up call, I called Shonagh Home, my co-host on The Shaman’s Tech Support Podcast, and went to her beautiful cottage on a horse farm and she had the tea ready when I walked through the door.  I don’t know what I would do without having a Shaman on speed dial.  I sniffled and sobbed and sipped tea and Shonagh loofa’d my aura, and had me draw some Tarot Cards.  She reminded me that I had written on my calendar to start a company on March first.

So, whatever your thing,  I advise from my heart that you try the “Be Book” tomorrow. What if it’s as simple as your life is as good as you declare it to be? It takes more time to hang up your coat than to do this practice.

On the lighter side, there’s something so beautiful about the light these days.  It’s as if our spirit entourages are communicating with rays of the sun through branches.